The landed families and entrepreneurs of Lincoln seemed to have a need to show their wealth and success by building grand houses.  Most of the houses lasted for less than 100 years.  There are several reasons for this: 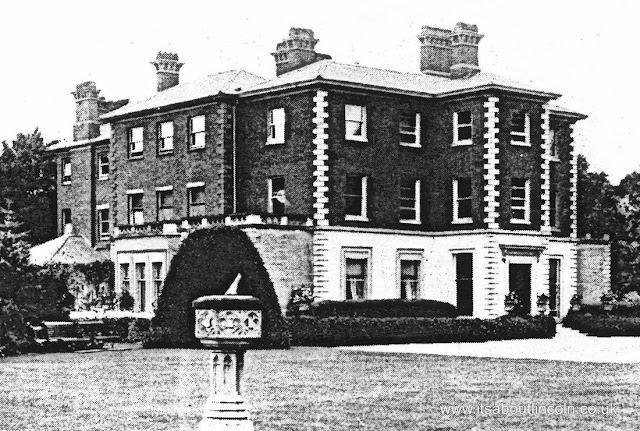 Boultham Park was bought by Richard Ellison for his illegitimate son Colonel Richard Ellison sometime before his death in 1827. Col Ellison married Charlotte Chetwynd of Staffordshire in 1830.


The hall was built in the mid 1830s and the grounds were laid out. Part of the village of Boultham was within the grounds, this was removed.

A large ornamental lake was dug in 1857 and some Roman remains were found. The hall was re-modeled and enlarged in 1874. The architect was William Watkins of Lincoln.

Col Ellison erected a large monument, in the design of an urn, to Simon, his favourite horse, the monument now stands nearby in Simon’s Green.

Following Col Ellison’s death in 1881, Boultham Hall passed to Lt Colonel Richard George Ellison. Lt Col Ellison had a distinguished military career, during the Crimean War he fought at Alma, Inkerman, Sebastol and the capture of Balaclava. On his return to Lincoln he was met at the railway station by the Mayor and Corporation, who took him in an open carriage with 4 horses to Boultham, where they lunched, and “half the town had cheese and ale”.


The original High Street entrance to the grounds of Boultham Hall was where Boultham Avenue now stands, the road and land was sold in the 1880s for the building of houses.

A parallel route to Boultham Hall was opened in 1883, between Peel Street and Dixon Street with a lodge house at its head.

Lt Colonel Ellison was the last resident of the hall. On his death in 1908 it passed to Richard Todd Ellison who sold the Hall and grounds in 1913 to a Nottingham company. The contents of the Hall were auctioned over 5 days in 1913.


During the First World War, the house served as a convalescence home for soldiers.


After the war much of the land was sold for new housing. On 15 May 1929 Lincoln Corporation purchased the Hall and remaining grounds from J A MacDonald and D E Smith, for £6,000 for the creation of a public park.

During World War Two, areas of the park were planted with sugar beet as part of the Dig for Victory campaign.

The grounds were laid out as a public park, the hall was demolished in 1959. The only remaining evidence of the hall is a plinth and steps. 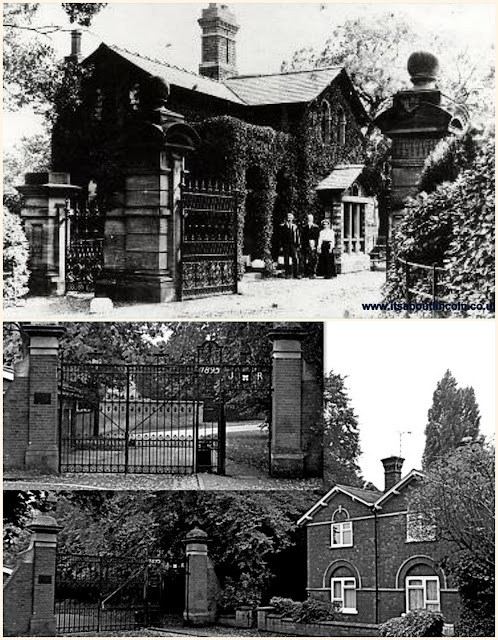 Lodges at the entrance to Boultham Park, built in  the 1870s:

Ruston's initials can be seen above the pedestrian entrance.